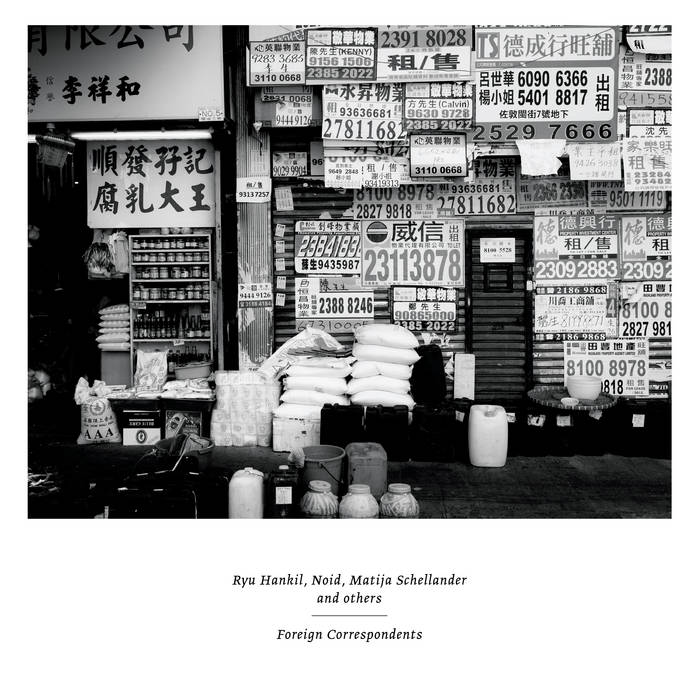 In 2013, Noid and Matija Schellander travelled from Vienna to East Asia to meet up with Ryu Hankil and other musicians from Japan, Hong Kong, China, South Korea and Europe. Carrying compositions, sound art pieces and workshop preparations in their luggage to be tested by changing social and artistic settings, by everyday tour life and to be used as starting points for debates in various forms.

The first CD - “Tokyo Office” - is a trio of Noid, Schellander and their main collaborator on this tour: Ryu Hankil from Seoul. It was recorded in the Ftarri shop in Tokyo, an intimate setting, a perfect concert situation for close, concentrated listening. The result is a 44 minute set of unmusical musicality with sounds of typewriter, drums, double bass, cello, jing-hu and victorian synthesizer.

The second CD - "Field Report" - is the travelogue of one month of concerts, field recordings, workshops, dinners, getting lost, missing planes, stretched and contracted gut strings in the temperature and humidity extremes from Okinawa to Beijing, collaborating with locals and other traveling musicians, exposing sometimes strict concepts to confusing listening situations from Seoul rooftops to Osaka market stands to Hong Kong industrial buildings.
Snippets and cuts composed in chronological order to an immersive flow of changing spaces and societies, on the turning point between being in and out.