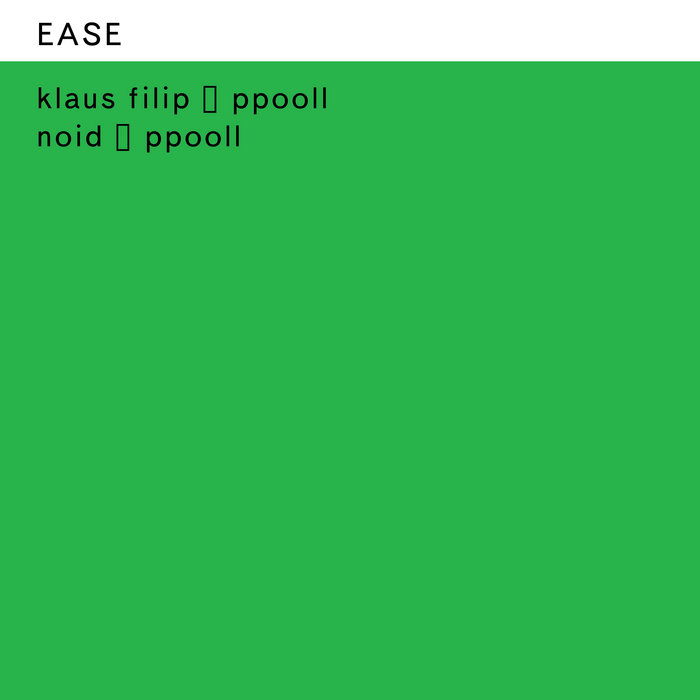 Among the many collaborations between Klaus Filip and Noid Ease is the only band, performing continuously over the last 10 years. For this anniversary they release a CD with two tracks from live recordings:

Both perform on ppooll, a freeware-project driven by Klaus Filip with contributions from various users, including Noid. The instruments they use for Ease are very much tailored to their needs, but freely available to anyone.

Klaus Filip's sine wave synth and 2D interface is a result of a more that 20 years of research and development in pure, generated sounds. Noid's approach starts from field recording: noises from various mechanical devices like fans, AC's and so on as well as nature recordings from wind, geysirs, water, and more, revealing only microscopic traces of their origin.

Although the starting points are very different the two musicians meet in a shared understanding of aesthetics, an antithesis to analogue. Two musicians face to face on a table - two laptops - no nonsense - quasi acousmatic, the beauty of genuine truth.