This Is Not The Ant 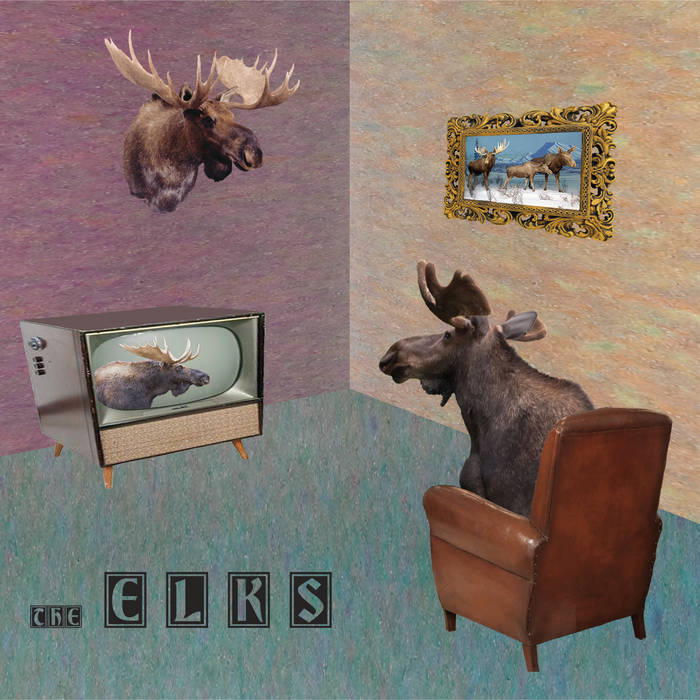 Dammit, those Elks are exploiting their instruments for no good again. While Marta and Billy seem to have gotten it all wrong regarding their very strange collection of machinery, it's just a careless abuse how Liz and Kai handle their horns. Perhaps from the experimental music scenes of Berlin and Vienna one might expect a rather reduced and elegant sound world, but these Elks have some other ideas in store, and don’t mind to get their antlers a little dirty. There is no fear here of the loud, the dramatic, or on occasion, some boorish braying (though they may still tip-toe gently on their hooves or whistle a delightful tune to mock some clueless humans.) BEWARE, “This Is Not The Ant” will take you to the sound areas you chose to keep away from.

Marta Zapparoli has recently become one of the most interesting musicians working with radical technology and tape machines, employing a wide range of techniques and equipment in her work. She builds strongly narrative, imaginative sonic pieces through improvisation with real-time tape manipulation. Besides solo work, projects include duos with Alessandra Eramo and Emilio Gordoa, PXPRD with Martin Kuentz, TOWA with Julie Rousse, ZAPPAROISZ with Billy Roisz, PAREIDOLIA with Liz Allbee, and CIRCUIT TRAINING. Additionally, she plays in Splitter Orchester - their Creative Construction Set™ was her first release on Mikroton.

Billy Roisz, from Vienna, is an audiovisual and music artist who has been manipulating her video in various formations since 2000. She is a co-founder and member of NTSC / RISC (with dieb13), AVVA (with Toshimaru Nakamura), Skylla (with Silvia Fässler) an Ona (with Ilpo Väisänen). She works with video feedback and audiovisual interactivity exploring the ways sound and image coalesce to form a sprawling experience. That is her fourth release on Mikroton, following Scuba (with dieb13, Burkhard Stangl, and Angélica Castelló), Feedback: Order From Noise, and Borderland (with Angélica Castelló).

Kai Fagaschinski has leapt to prominence in the improv world over the 10 years, with well-received duo projects such as Los Glissandinos (w/Klaus Filip), The International Nothing (w/Michael Thieke) and Kommando Raumschiff Zitrone (w/Kurzmann). His self-taught command of the clarinet is both subtly lyrical and thoroughly modern. This is his third Mikroton release, following 2012’s stunning album by Here Comes The Sun trio, and Creative Construction Set™ by Splitter Orchester.

Liz Allbee is a composer-performer who works with the Imaginarchic potential of sonic material. Recurring themes in her work include extensions & embodiments and their interplay with instruments, everyday objects, and high and low technologies. Besides solo, other projects include Ganzfeld (with Sukandar Kartadinata), The Liz (with Liz Kosack and Korhan ‘Liz’ Erel), Pareidolia (Zapparoli), and Splitter. This is her third release following her contribution to Echtzeitmusik Berlin compilation in 2012 and Creative Construction Set™ by Splitter Orchester.